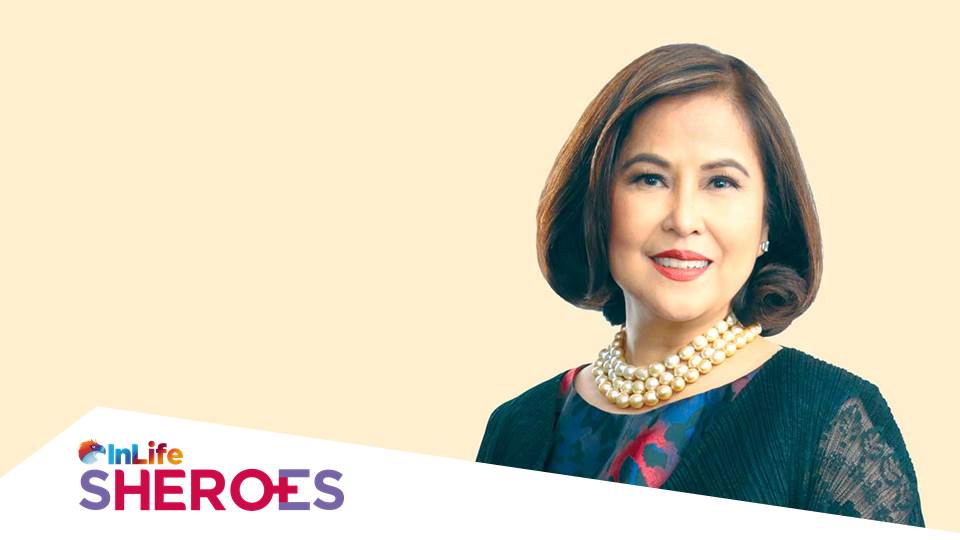 By Mark Louis F. Ferrolino, Special Features Writer
Original article posted on BusinessWorld
From her fine composure to calm and cheerful demeanor, Insular Life Assurance Co. Ltd. (InLife) Executive Chairman Nina D. Aguas carries herself with exceptional confidence. Whether she’s on stage delivering some words of encouragement in front of a large crowd or in a small room answering questions from the media, Ms. Aguas displays great sophistication, wit and wisdom. She is an empowered woman full of substance, and her inclusion in the list of 2019 Asia’s Power Businesswomen of Forbes Magazine is just one of the many validations of this.
It was in September last year when Forbes released the names of 25 top-caliber women who are playing a significant role in shaping Asia’s business landscape. Ms. Aguas is the sole Filipina who made it to the list, which also includes Grab Co-Founder and Chief Operating Officer Tan Hooi Ling, and Vietjet Aviation Founder and Chief Executive Officer (CEO) Nguyen Thi Phuong Thao, among others.
Forbes cited Ms. Aguas for becoming instrumental to the success that InLife has attained under her watch and for helping the company provide better access to insurance and investment products through its improved digital capabilities. The magazine also recognized her initiative of spearheading an advocacy called InLife Sheroes, which empowers every woman to become self-reliant and financially independent.
The triumph and recognitions that Ms. Aguas currently enjoys did not happen overnight; it is a product of years of hard work and persistence. She had to overcome all the challenges blocking her way, including gender stereotypes that most women experience in the corporate world.
PUSHING BOUNDARIES AND CHANGING THE NORM
Ms. Aguas started her career in SGV at a time when only very few, select women were allowed entry in the organization. After a few years working with the firm, she followed her interest in banking and proved that women can also excel in such competitive field, just like their male counterparts.
Her journey in the industry was marked by many firsts. She became the first female regional audit director in Citibank, as well as the first woman country manager in Citibank Philippines. She was also the first woman to be the managing director of ANZ Retail Bank and then Private Bank in Asia Pacific, and the first woman to be the president and CEO of PB Communications.
With over 30 years of work experience in major financial institutions, Ms. Aguas emerged as one of the high-powered global banking executives with a proven track record of building new businesses, as well as defending and growing large existing businesses in highly competitive and challenging environments.
Before becoming the executive chairman of InLife in 2018, Ms. Aguas became the firm’s CEO in 2016. During her first year in office, InLife delivered the highest financial performance, achieving double, and even triple digit growth rates. It was also during her term as CEO that the company was recognized many times by international award-giving bodies for their digital capabilities and trusted brand.
Ms. Aguas is the first woman CEO of InLife after 106 years of its operations, as well as the first woman to become its executive chairman. 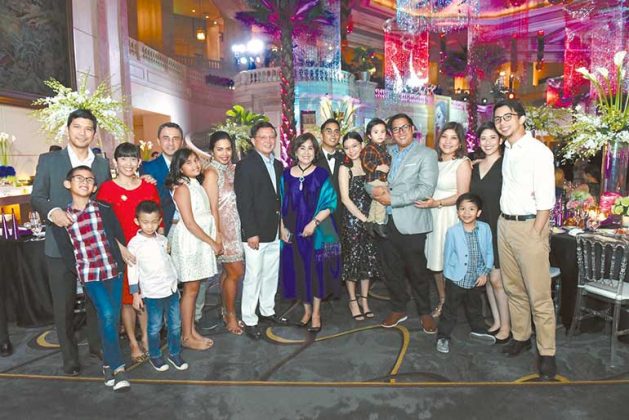 Ms. Aguas considers herself very blessed with a happy family and a thriving career. Photo shows Ms. Aguas with her family.
“I am fortunate and blessed that my career is marked by many firsts. I have strong beliefs, values and true inner strength that saw me through. God has helped me gracefully endure challenge after challenge and I have gone farther than I have imagined, breaking so many glass ceilings along the way is a bonus,” Ms. Aguas shared in an e-mail, noting that each of those titles and positions were born from years of hard work, perseverance and passion for continuous learning and innovation.
CATALYZING CHANGE FOR GENDER EQUALITY
Despite gender discrimination against woman in the corporate setting, Ms. Aguas considers being a woman as a blessing and a great privilege. Women, as she shared, add color, fashion, passion, and compassion.
“I do not assent to the prevailing collective thought that women are lacking. Because the truth is, (as I quote Rupi Kaur) ‘that since day one, she already has everything she needs within herself, it’s the world that convinced her she did not’,” Ms. Aguas said.
Ms. Aguas treats men, women and those in between with great amount of respect. She tries to build honest relationships with them in the same measure as she believes that “what you give is what you get and giving out your true self is probably the best way to get you to the destination.”
“I normally use my calm and rightly toned voice and choose my words carefully to convey thoughts and ideas without trying so hard to impose or assert my opinions on others. Because principles, decisions, points of view, outlook, and ideas to me have no gender,” she said.
At InLife, in particular, Ms. Aguas shared that gender bias has no place. In fact, the company is the first local insurance firm that received EDGE Assess Certification, a global recognition for commitment to workplace gender equality. Aside from measuring where organizations stand in terms of gender balance, the certification is designed to help corporations create an optimal workplace for women and men while fostering equal career opportunities. 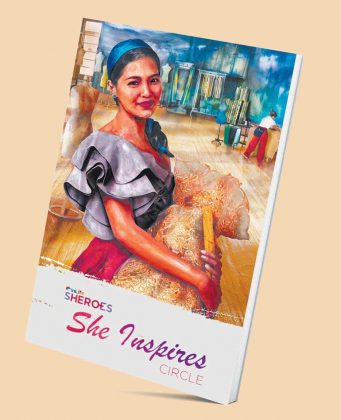 The cover of the handbook of InLife Sheroes’ She Inspires Circle, a community of Filipino women leaders who have achieved recognizable success in their respective fields of endeavor
Taking its women empowerment campaign a notch higher, InLife partnered with the International Finance Corporation (IFC) to co-create the InLife Sheroes Movement. The partnership, according to Ms. Aguas, is about insuring the women’s market in the country which is a relatively untapped segment.
“The potential for women’s insurance market in the Philippines is projected to reach P217 billion by 2020. This is because a growing number of women are completing tertiary education, allowing them to join the labor force or start their own businesses. Women’s income is expected to increase, making it all the more important for them to make sound financial decisions,” she said.
In addressing the women’s market, InLife also recognized the opportunity to deliver positive social impact through the InLife Sheroes program. It aims to empower Filipino women by focusing on four areas: financial education, health and wellness, women-specific solutions, and connecting to business and social networks.
“The Inlife Sheroes Movement is InLife’s continuing commitment to the Double Bottom Line — achieving both healthy financial returns while delivering positive social impact,” Ms. Aguas said.
A BETTER FUTURE FOR WOMEN
From all the challenges that Ms. Aguas has overcome to all the accomplishments she has achieved over the past decades, she considers herself very blessed with a happy family and a thriving career. She can’t ask for anything more, she said. She only aspires to see a new generation of women and their children living healthier, wealthier, and more meaningful lives.
When asked about what kind of advice she would give to other women, especially the young ones, who want to succeed in their careers, Ms. Aguas said: “Draw from your own foundation, be reinforced by your values, recognize the love inside you coming from all those forces for good around you, draw from your own strengths, be confident, and put yourself out there.”
“Reach Up. Take courage. Speak your intelligent mind, create and add value so you get an invitation to the table. Show your brilliance with your arguments without having to put all your emotions into it. Decision makers will recognize a great idea when it is coherent, rational, and strategic. Be your best woman-self. Dress up, stand tall, chin up,” she added.